Rudi Koertzen, the former South African umpire who was part of the ICC's elite panel, has passed away at the age of 73. Koertzen died in a car accident while driving from Cape Town to Despatch in Eastern Cape in South Africa.

Koertzen's son, Rudi Koertzen jr told South African website Algoa FM News, "He went on a golf tournament with some of his friends, and they were expected to come back on Monday, but it seems they decided to play another round of golf.”

Koertzen officiated in 331 international matches, which was a record at the time of his retirement in 2010. His record has since been broken by Pakistan's Aleem Dar. Koertzen, Dar and Steve Bucknor, Koertzen are the only three umpires who have stood in over 100 Tests. 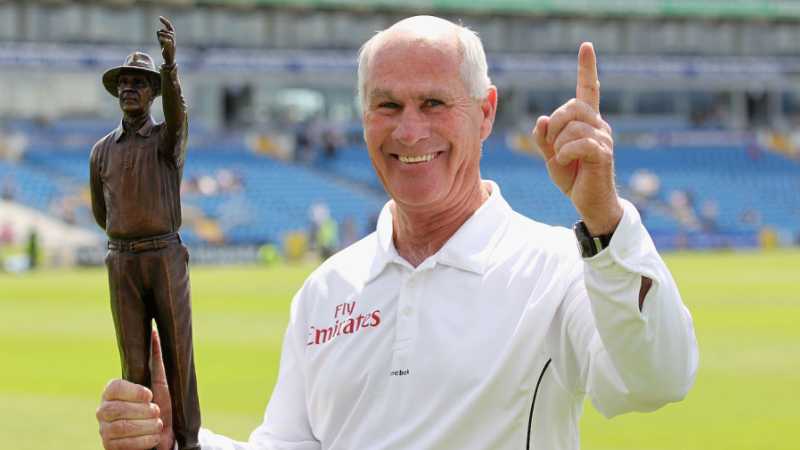 A highly respected umpire, Koertzen made his international debut at the age of 43. India's tour of South Africa in 1992-93 was his first international series. The former umpire earned the nickname "Slow Death" because he raised his finger very slowly while adjudging a batter out. His last big match after retirement was an IPL 2011 clash between Royal Challenger Bangalore and Chennai Super Kings in Bengaluru.

“I first met Rudi in 1992 & we became good friends over the years. He was a warm-hearted person who always greeted players with a big smile. He commanded respect from one & all. My heartfelt condolences to his loved ones. He’ll be dearly missed.” - Sachin Tendulkar

“Such sad news hearing the passing of umpire Rudi Koertzen. One of the gentlemen of the sport. RIP Oom Rudi.” - Jacques Kallis

Saddened at the tragic loss of Rudi Koertzen. What a wonderful friend and umpire. Honest, forthright and loved the game. Shared many a beer at the bar talking cricket with him. RIP my friend. - Kumar Sangakkara

Saddened to know about the sudden demise of umpire Rudi Koertzen he was , forthright and knowledgeable umpire had shared some wonderful moments with him on and off the field . My deepest condolences to the family. RIP. - Wasim Akram

“Vale Rudi Koertzen ! Om Shanti. Condolences to his family. Had a great relation with him. Whenever I used to play a rash shot, he used to scold me saying, “Play sensibly, I want to watch your batting”. One he wanted to buy a particular brand of cricket pads for his son and enquired about it from me. I gifted him and he was so grateful . A gentleman and a very wonderful person. Will miss you Rudi. Om Shanti - Virender Sehwag

“Really sad to hear about the passing away of former umpire Rudi Koertzen. He was one of the sharpest and finest umpires that we've seen. My deepest condolences to his family. RIP Rudi.” - VVS Laxman

Tragic news of the sudden passing away of Rudi Koertzen. He was a gifted individual and one of the finest umpires the game has witnessed, known for his sharp decision making abilities. My deepest condolences to his family and well wishers. - Yuvraj Singh