Sourav Ganguly all set to be next BCCI President, says Ranji Trophy will be the focus

Former India cricket captain Sourav Ganguly is all set to be take over as the next president of the Board of Control for Cricket in India (BCCI), as per latest media reports. Earlier, Brijesh Patel looked set to take over the top post. However, many in BCCI are said to have backed Ganguly, and thus the contest turned.

Ganguly took over as captain of the Indian cricket team after the 2000 match-fixing turmoil, and not only cleansed the team but also took India to greater heights as the side started winning abroad as well. 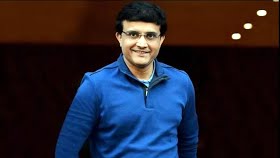 According to India Today, Ganguly’s stint will be a short one as he has been the president of Cricket Association of Bengal for the past five years. As per rules, an administrator can be charged only for six years consecutively. And so, Ganguly will have to go in for a cooling off period from July 2020.

Speaking to India Today, he said, "That's the rule. So we will have to deal with it. My first priority will be to look after first class cricketers. I had requested to the CoA and they have not listened. Ranji Trophy cricket will be the focus. To take care of cricketers' financial interest.”

Ganguly’s biggest challenge will be to bring the BCCI’s clout back on track in the ICC, which has taken a significant beating owing to corruption and infighting issues.

"I am happy with the appointment because this is the time when BCCI's image has got hampered and it's a great opportunity for me to do something. Whether you are elected unopposed or otherwise, it's a big responsibility because it is the biggest organization in the world of cricket. India is a powerhouse. It will be a challenge," he further told India Today.

Asked to compare between becoming leader of India and BCCI president, Ganguly said, "Nothing can beat being India captain."

Sep 19, 2020: So IPL finally kicked off and we had a competitive match to watch. CSK looked on course to win for most of the match, except for a bit of a wobble in the second half of their chase. A calm Faf du Plessis batted through to get his team off to a winning start.