Rohit Sharma (46 not out off 20) and Axar Patel (2 for 13) came up with significant performances as India beat Australia by six wickets in the second T20I at the Vidarbha Cricket Association Stadium in Nagpur on Friday (September 23). With the victory, India leveled the three-match series 1-1.

In a match that was reduced to eight overs per side due to a wet outfield, India won the toss and bowled first. Axar dismissed Glenn Maxwell and Tim David to put the Aussies on the back foot. However, skipper Aaron Finch (31 off 15) and Matthew Wade (43 not out off 20) played blazing knocks to lift Australia to a competitive 90 for 5.

In response, Rohit played a fantastic captain’s knock to lift India over the line. KL Rahul (10), Virat Kohli (11) and Suryakumar Yadav (0) all fell to the guile of leg-spinner Adam Zampa. However, Australia could not dislodge Rohit, who hammered four fours and as many sixes. Dinesh Karthik came in and did the finishing job, smashing a six and a four in the two balls that he faced. 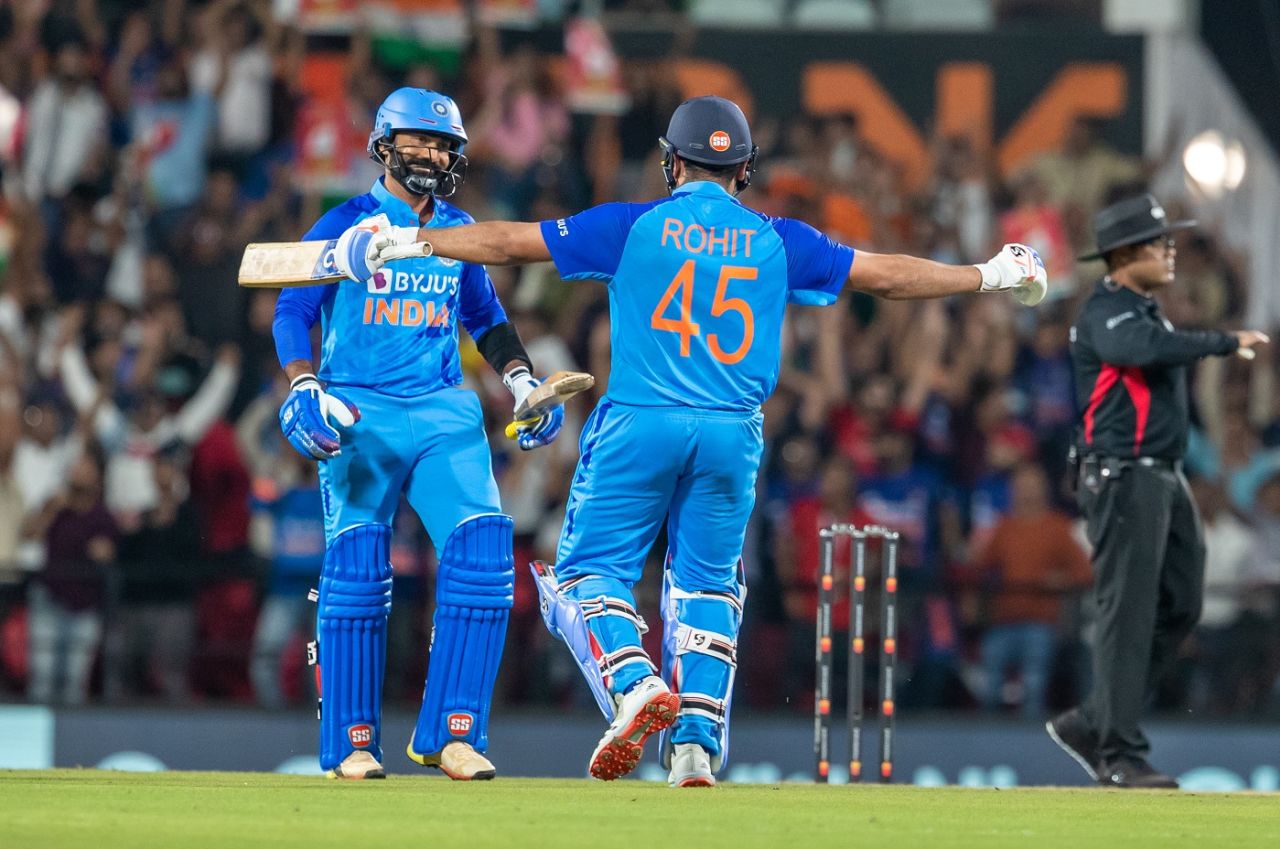 Speaking after the win, Indian captain and Player of the Match Rohit said, “I was quite surprised as well actually. Didn't expect to hit it like that, glad it came off. For the last 8-9 months I have been playing like that. You can't really plan too much is such a shortened game.”

On the bowling performance of the team, he said, “The bowlers had something to bowl to and we bowled well. The dew started coming in later, which is why we saw a few full tosses from Harshal (Patel).”

On Jasprit Bumrah, who is returning from injury he added, “Coming back after a couple of months, the back injury can be tricky. I am not going to talk too much about how he bowled. Got us the crucial wicket (of Finch). As a team we are not going to analyse too much. Just want him to come and enjoy.”

Praising left-arm spinner Axar’s performance, the 35-year-old said, “Axar can bowl in any stage, gives me an advantage of using the other bowlers in different situations too - maybe use the pacers in the middle overs if he bowls in the powerplay. I would like to see his batting as well.”

The third and final match of the series will be played at Rajiv Gandhi International Stadium in Hyderabad on Sunday.