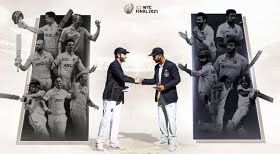 The Board of Control for Cricket in India (BCCI), on Friday, announced the Test squad for the World Test Championship (WTC) final against New Zealand and the five-match Test series versus England. Ravindra Jadeja and Hanuma Vihari, who were injured during their heroics in Australia, have made a comeback. Jasprit Bumrah, who skipped a part of the England series at home for his wedding, is also back.

• Travelling could have been an issue: Sourav Ganguly on how the IPL 2021 bio-bubble was breached

The Board of Control for Cricket in India (BCCI) President Sourav Ganguly has stated that is unaware as to how COVID-19 breached the IPL 2021 bio-bubble despite strict quarantine rules and SOPs in place. IPL 2021 had to be postponed indefinitely on Tuesday after a number of COVID-19 cases started emerging out of the bio-bubble. Ganguly, though, did admit that travel could have been one of the reasons

The 2021 edition of the Indian Premier League (IPL) was suspended indefinitely on Tuesday after two more players tested positive - Wriddhiman Saha (SRH) and Amit Mishra (DC). SRH were supposed to face MI on Tuesday at the Arun Jaitley Stadium in New Delhi.

Amid the IPL being hit by COVID-19, Sunrisers Hyderabad (SRH) will take on Mumbai Indians (MI) in Match 31 of IPL 2021 at the Arun Jaitley Stadium in New Delhi. Despite a change in captain, SRH’s fortunes did not change against Rajasthan Royals (RR).