Didn't want to get out defending the ball: Shreyas Iyer

Team India batter Shreyas Iyer top-scored for the hosts with a sizzling 92 off 98 on Day 1 of the pink-ball Test against Sri Lanka in Bengaluru. On a pitch that was turning square from the start, India crumbled to 148 for 6. However, Shreyas, with some help from the lower-order lifted India to 252. The 27-year-old was at his aggressive best, striking 10 fours and four sixes in his innings.

Reflecting on his innings at the end of the day’s play, the middle-order batter said that he did not want to go out defending as he would have got out anyway. He explained, “When I was sitting inside there was drama happening in every over and the thrill was intense. I didn't want to get out defending the ball because there are more chances of getting out that way rather than scoring runs.”

On his mindset that made him the only batter of the day to cross the half-century mark, Shreyas said that it was all about being positive. He explained, “In my mind, the intent had to be positive and that's what I had decided before going out to bat. When the left-arm spinner was bowling, there was no mid-wicket and my plan was to step across and see if there's a single because mid-off was also behind. Even if I flash at the ball it had to drop safely.” 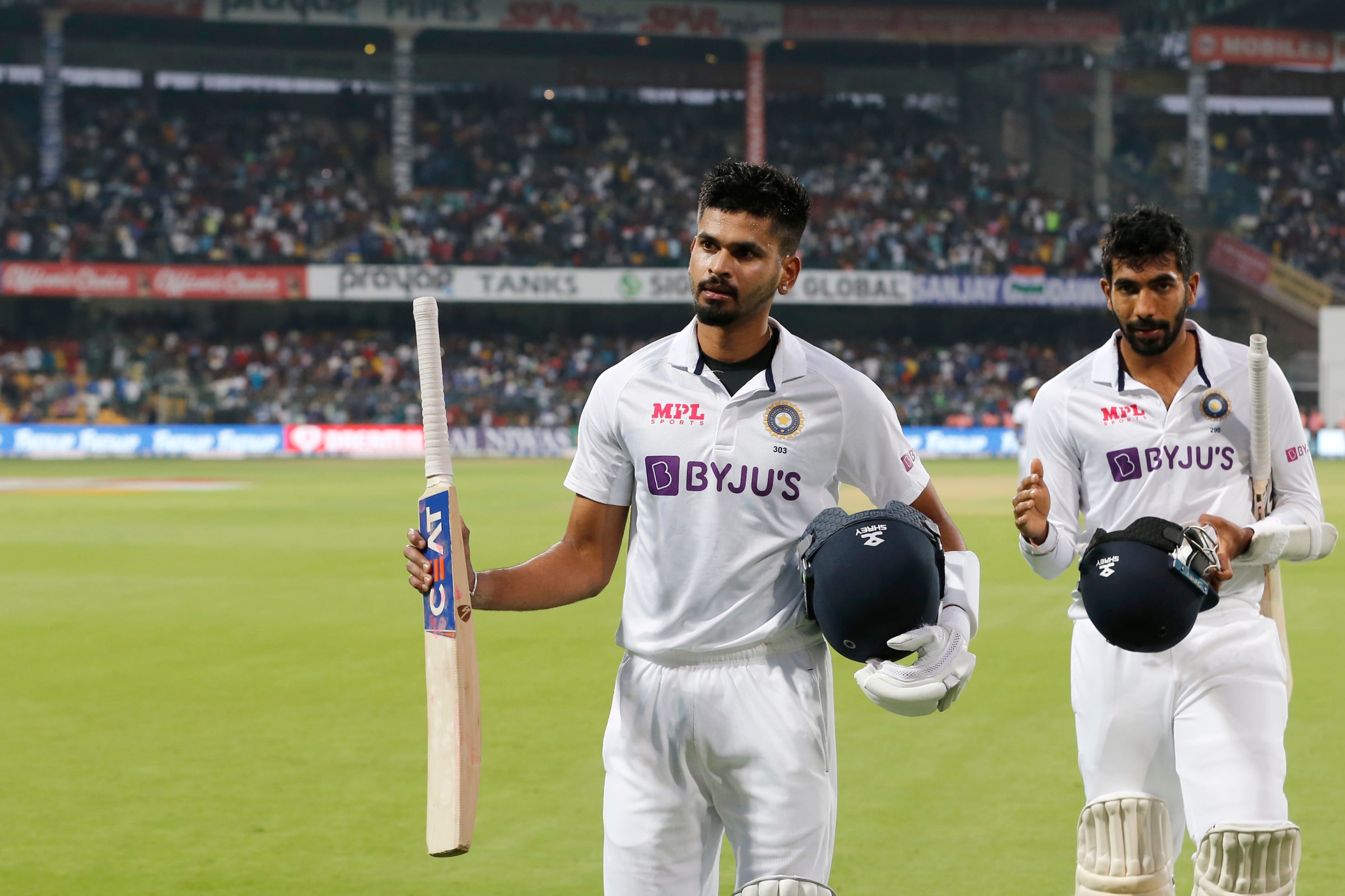 The in-form batter looked set for a hundred but fell eight short, stumped while trying to go after Praveen Jayawickrama. However, although he looked extremely dejected at getting out, Shreyas said that he was not thinking about the hundred. He stated, “I did not have it (the hundred) in mind, once I reached the 80s, Jassie (Bumrah) was defending the ball really well and I never thought I have to take the single on the 5th-6th ball. It is part and parcel of the game. Today wasn't my day and I have no regrets.”

After Shreyas’ brilliant knock lifted India to 252, Jasprit Bumrah (3/15) and Mohammed Shami (2/18) combined to reduce Sri Lanka to 86 for 6 by stumps. Angelo Mathews (43) was the only Sri Lankan batter to offer some resistance. Speaking about India’s brilliant bowling effort, he said, “When the ball was new, it was swinging and seaming pretty good. We discussed in the dressing room that the fast bowlers are going to play an immense role and that's what we saw.”