Sydney Sixers are almost into the Semi Finals of the CLT20 2012 after registering their third straight win and in the process breaking the winning streak of Lions.

Sydney Sixers are almost into the Semi Finals of the CLT20 2012 after registering their third straight win and in the process breaking the winning streak of Lions. It was a low scoring affair at Cape Town as Lions were restricted to just 137 for 9. Sixers in reply eased to the target by 5 wickets with an over to spare.

Asked to bat first, Lions got a fine start from Gulam Bodi but the other batsmen couldn’t complement him at the other end. Bodi went onto score 61 (from 44 balls with 4 fours and 3 sixes) while the remaining batsmen failed to get going. Mitchell Starc was once again amongst the wickets taking 3 for 19 in 4 overs, Hazlewood and Watson chipped in with two wickets each. 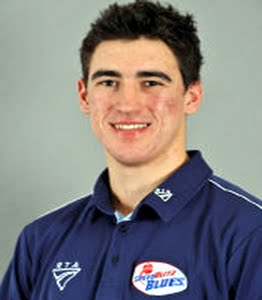 Sixers sealed the run chase with a solid opening stand of 60 in 8.3 overs. Shane Watson top scored for them with 47 (from 38 balls with 4 fours and 3 sixes). Skipper Brad Haddin with 32 (from 21 balls with a four and 3 sixes) and Steven Smith with a run-a-ball 25 saw the Sixers home after a slight middle order stutter. Dirk Nannes with 4-0-16-1 and left-arm spinner Aaron Phangiso with 4-0-14-3 were outstanding for the Lions with the ball. The Man of the Match award was given to Mitchell Starc.

Toss and Teams: Sydney Sixers led by Wicket Keeper Brad Haddin have won the toss and asked Lions to bat first under overcast conditions at Newlands in Cape Town. The winner of this match will ensure a place in the Semi Finals. The reason for this being that both the Sydney Sixers and the Lions winning their two out of the two matches they have played so far.

The Sixers have made one change with Nic Maddinson replacing Ben Rohrer while the Lions remain unchanged.